Born in 1984 in Leningrad (now St. Petersburg), Russia, he currently resides in Paris.  He studied at St. Petersburg Art and Industrial Academy with additional training at St. Petersburg Pro Arte Foundation for Culture and Arts. Pavlensky is a performance artist and political activist. In 2012, together with his partner Oksana Shalygina he co-founded the online political magazine Political Propaganda. In 2016 he was honoured with the Vaclav Havel Prize for Creative Dissent, which was later withdrawn as a result of Pavlensky’s endorsement of violence as a method of struggle with government oppression. His performative actions with heavy political underpinning have mainly been carried out in public spaces.

Petr Pavlensky is one of the most controversial and at the same time well-known performance artists in the world. His works have a real social impact and are often shown in the world media. He definitely played a significant role in addressing the cases of human rights violation in contemporary Russia. What remains controversial is the way the artist explores the boundaries of the body and its resistance to pain in his works. Aside from exposing repression and control in Russia, Pavlensky also talks about more universal issues: how the body is simultaneously socialized and objectivized and whose biological survival is completely dependent on others. Since 2012 he has carried out several public actions, now well known in the whole world. In Seam he stood in front of Kazan Sobor in Petersburg with his mouth sealed with a red thread, while holding a banner which read: “Pussy Riot Action was a repetition of a famous action of Jesus Christ. (Mt 21:12–13).” In his action Carcass from 2013 Pavlensky performed being wrapped in a cocoon of barbed wire in front of Legislative Assembly in Petersburg. The artist had remained silent and had not reacted to his surroundings until he was freed from the cocoon by the police with the use of a garden clipper. Yet as soon as he was freed from one barbed wire, he was trapped in another one: arrested, taken to hospital, interrogated. In this performance the artist paid special attention to the way activists are treated and the fact how activist’s body, exposed to the society of control, is a mere, defenseless „carcass”. Fixation has been his most controversial work to date: in 1913 the artist nailed his scrotum to the ground of Red Square in Moscow just next to Lenin Mausoleum. On top of this, his action took place on the National Police Day. He was arrested and in his media statement he made it clear that his work was aimed against the apathy and fatalism typical of Russian culture and society. Freedom took place in 2014, when Pavlensky wanted to support the Maidan Revolution in Kiev. He built his own barricade on Petersburg Bridge, he burned tyres and shouted Maidan slogans. He was arrested on charge of hooliganism, but the charges were later dropped. Segregation from October the same year was directed against political use of mental illnesses and against putting political prisoners into mental institutions. Sitting on the wall of the infamous Serbian Center, where various experiments on political prisoners falsely diagnosed with mental illness took place, he cut off his earlobe with a kitchen knife. 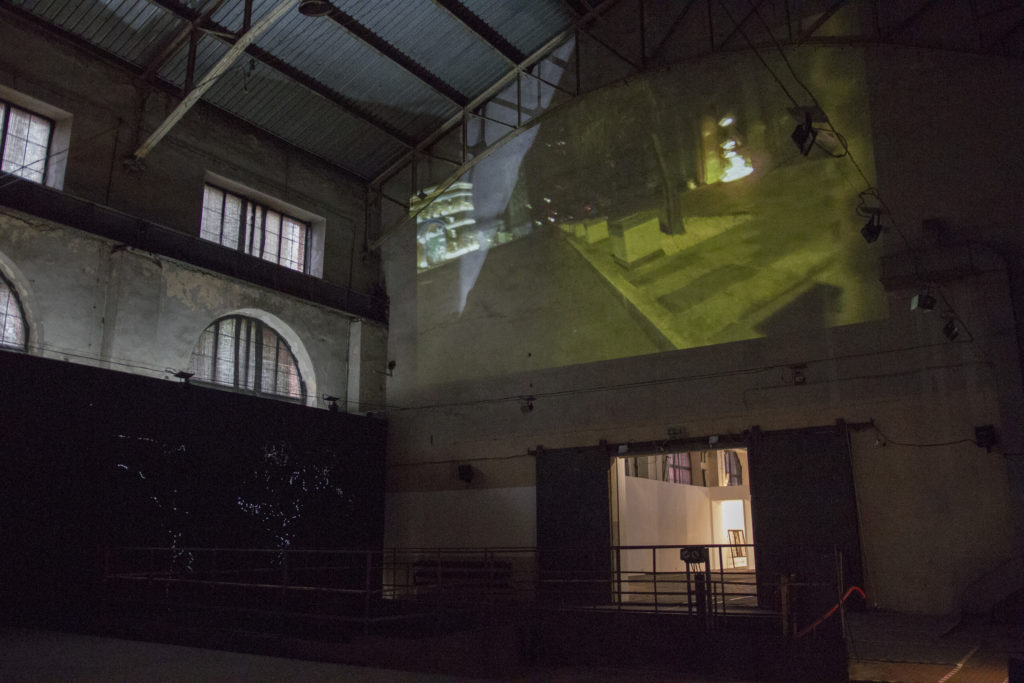 Pavlensky’s methods can be objected to due to their drastic form, but it must be said they touch political problems in a unique way, paying attention to an individual body’s specific vulnerability to power. In fact, these are the arrests, imprisonments and court trials which are the artist’s target, and the bodily harm is mostly a means to an end, not an end in itself. The artist explores why symbolic self-harm in public is so feared by the authorities which on everyday basis tolerate much more disturbing examples of cruelty and pathology.

On 9 November 2015 Pavlensky spilt gasoline and set fire to the entrance of the Lubyanka Building, which is the headquarters of the Russian Federal Security Service. The doors were partially burnt. The artist was immediately detained putting up no resistance. On the same day he was charged with vandalism and the case was opened against him. Simultaneously, a video appeared on the Internet with an explanation of the meaning of the event: Pavlensky chose Lubyanka as a symbol of political oppression in Russia – it was a place where victims of the Stalinist purges were tortured in 1930s, among other things. On the next day, the artist asked to reclassify his crime as an act of terrorism, which was opposed by his defendant who claimed  that as a lawyer she could not ask for a more severe punishment for her client. Pavlensky was charged with a half million Ruble fine, officially for destroying “the national heritage”, which was nonsense considering the doors were new. Again, the artist exposed the court and authorities’ helplessness against political crimes and manifestations which they fear most. Ultimately, Pavlensky was made to go into exile due to the still unproven rape allegation.