Born in 1962 in Baku, Azerbaijan, she lives and works there. Shikhlinskaya studied monumental painting at the Mukhina Institute of Fine Arts in St. Petersburg (1981-83) and completed her professional education in the University of Culture and Arts in Baku in 1988. She is an established Azerbaijani artist working in a range of media, from site-specific art to painting, photography and video installations. She explores multimedia practices, where she uses her cross-cultural background to create art works that embrace complex relationships between politics, historical memory and national identity. Dealing indirectly with social issues, Shikhlinskaya balances aesthetics and deep conceptual meanings. She was a pioneer of conceptual art in Azerbaijan and holds a title of an Honored Artist of the Republic of Azerbaijan. She has participated in numerous biennials and exhibitions held at museums and art institutions, such as MAMA.ART Gallery, Rome; Pera Museum, Istanbul; Museum Wunderkammer, Halle; Museum of Modern Art, Baku; Georgian National Museum, Tbilisi; German Historical Museum, Berlin; Palazzo Reale, Milan; Kumu Kunstmuuseum, Tallinn; MOCAK, Krakow; Documenta13, Kassel; Dresden State Museum of Art; 52nd Venice Biennale, Pavilion of the Republic of Azerbaijan.

The work of Azerbaijani artist – two channel projection showing walls on the Abcheron Peninsula washed by the Caspian Sea is a reference to the changes that have occurred in the landscape of her homeland since the economic boom it has experienced in the recent years. It is a very ambivalent success though, as it is founded mostly on oil business, oligarchy, army-spending and corruption, while still the majority of citizens are poor, the civil rights are shrinking and censorship is imposed. One of the outcomes of Azerbaijani capitalism and privatisation is the spread of mostly uncontrolled construction business and building of walls everywhere. Claustrophobia results from this new absurd and murky Azerbaijan’s architecture, dominated by walls fencing mostly private spaces which are to be seen especially in the capital, Baku. Some of them are in random places in the middle of nowhere and it is not clear what they are supposed to be “protecting”. Until today the artist has documented over 70 types of such walls, which makes up a series. The proliferation of walls can be read as, on the one hand, commentary on a greater failure of democracy in the post-Soviet republics, but also, in a wider sense, on restricted freedom in contemporary capitalist societies. 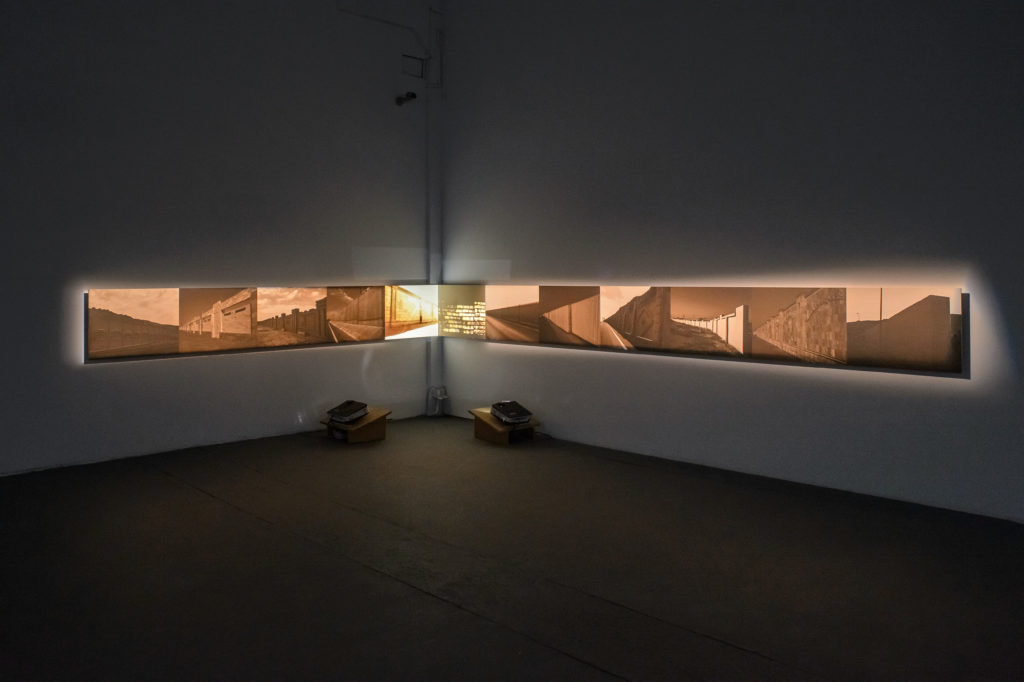 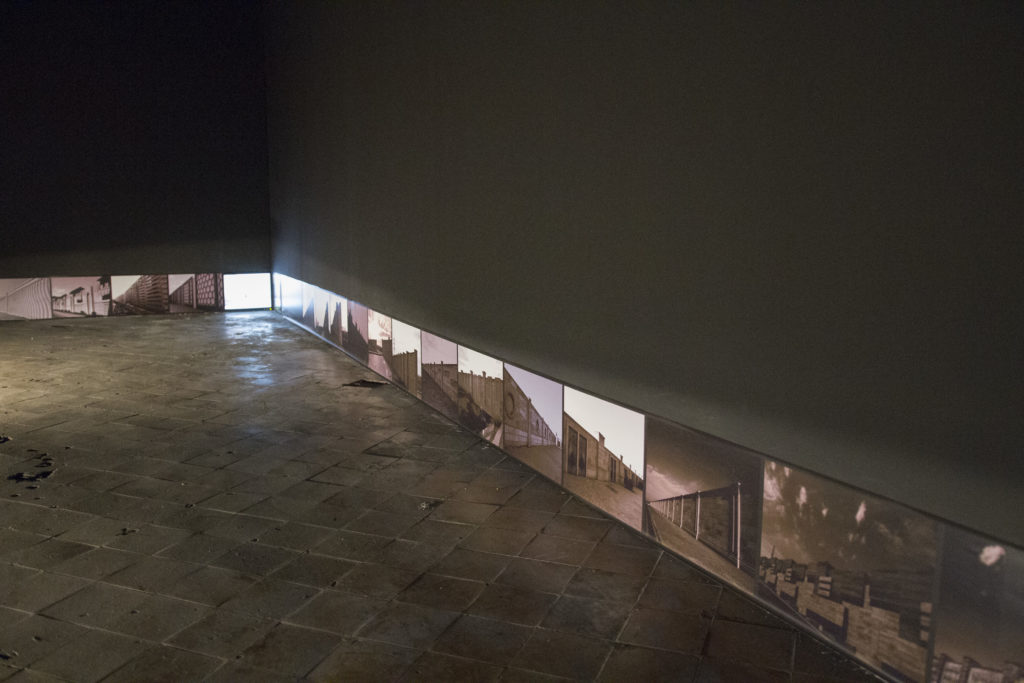 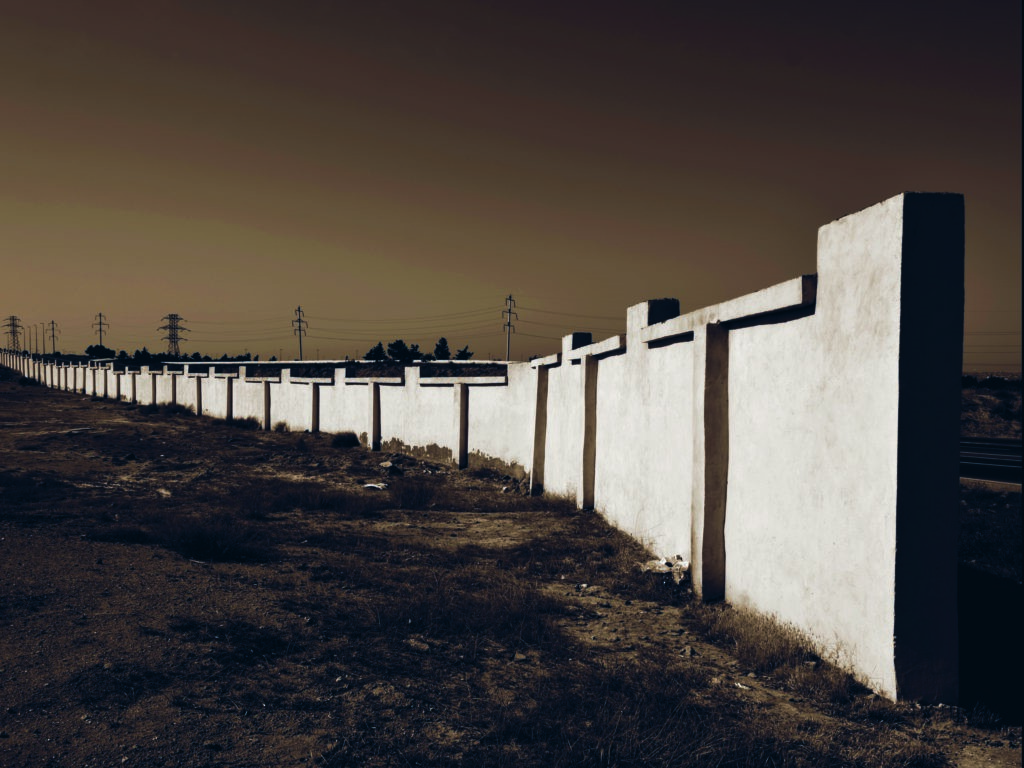 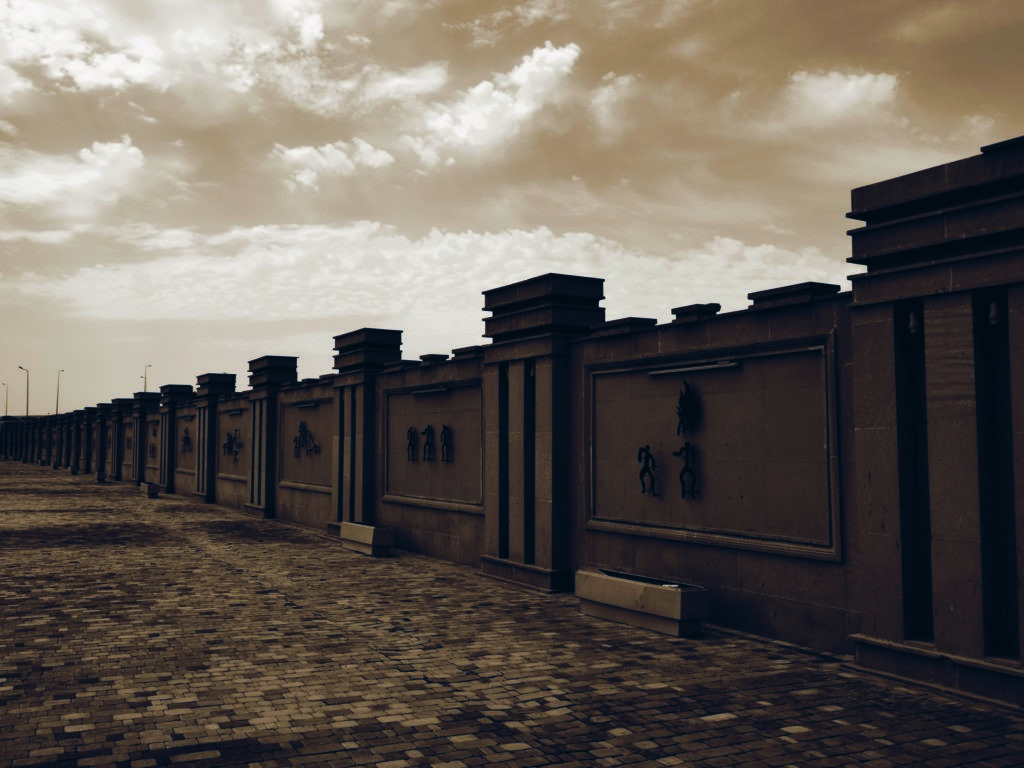 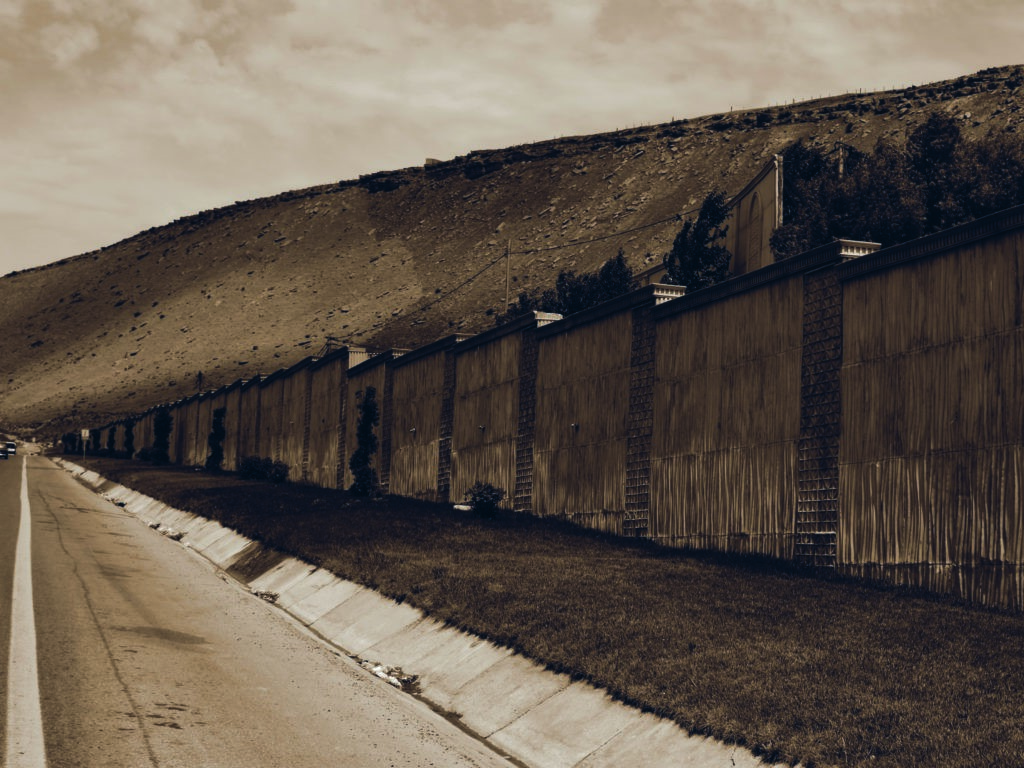 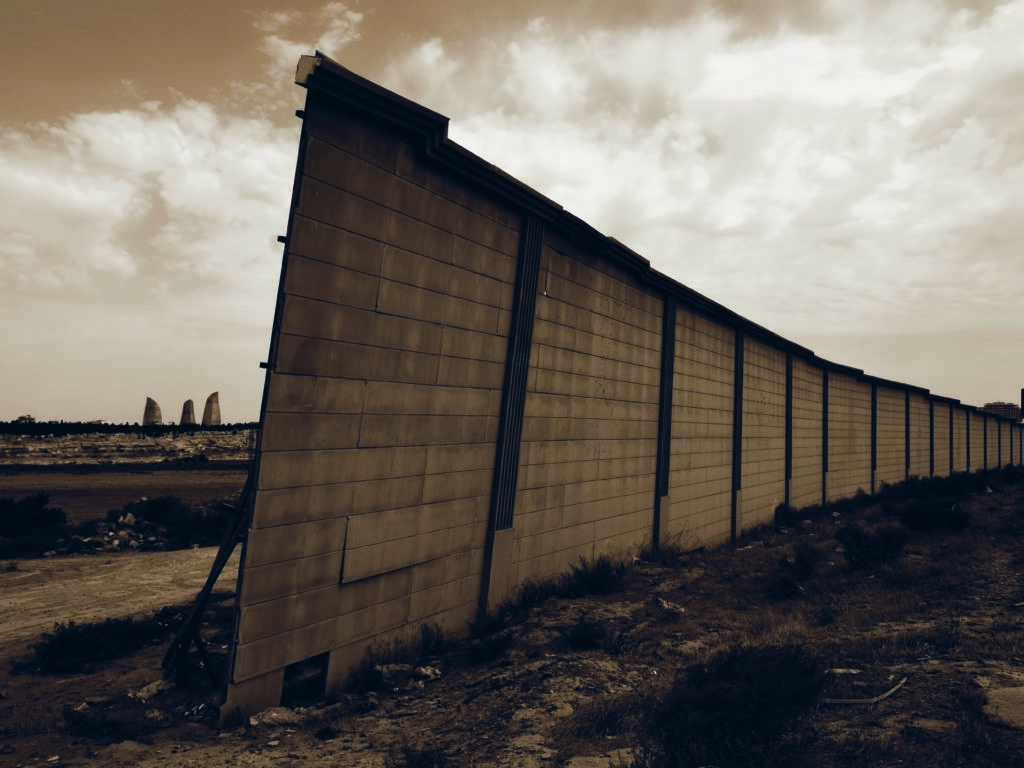