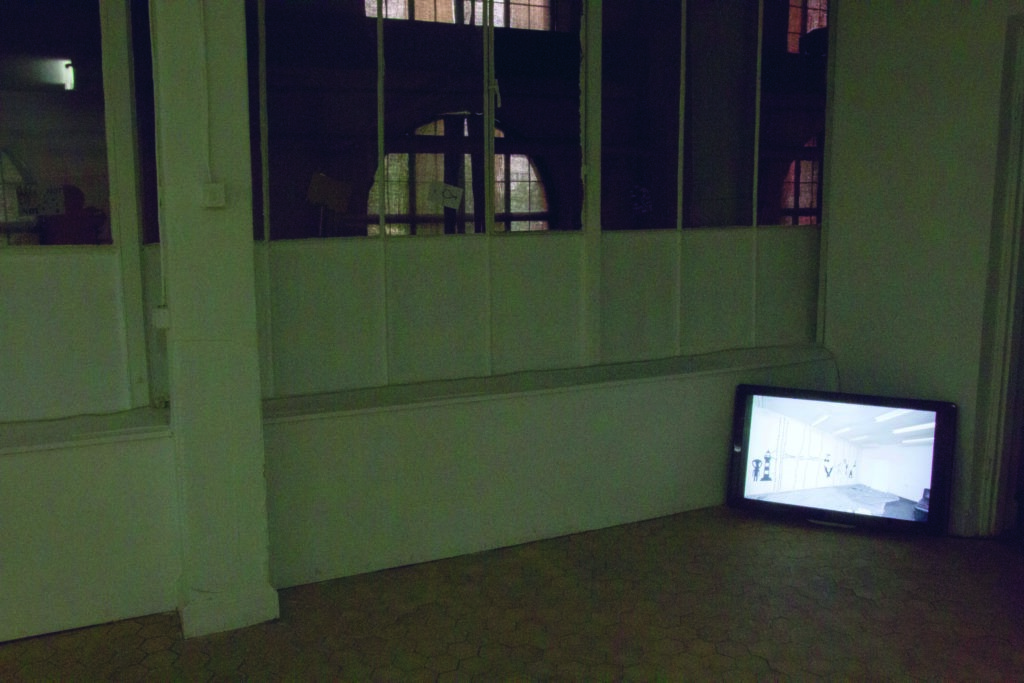 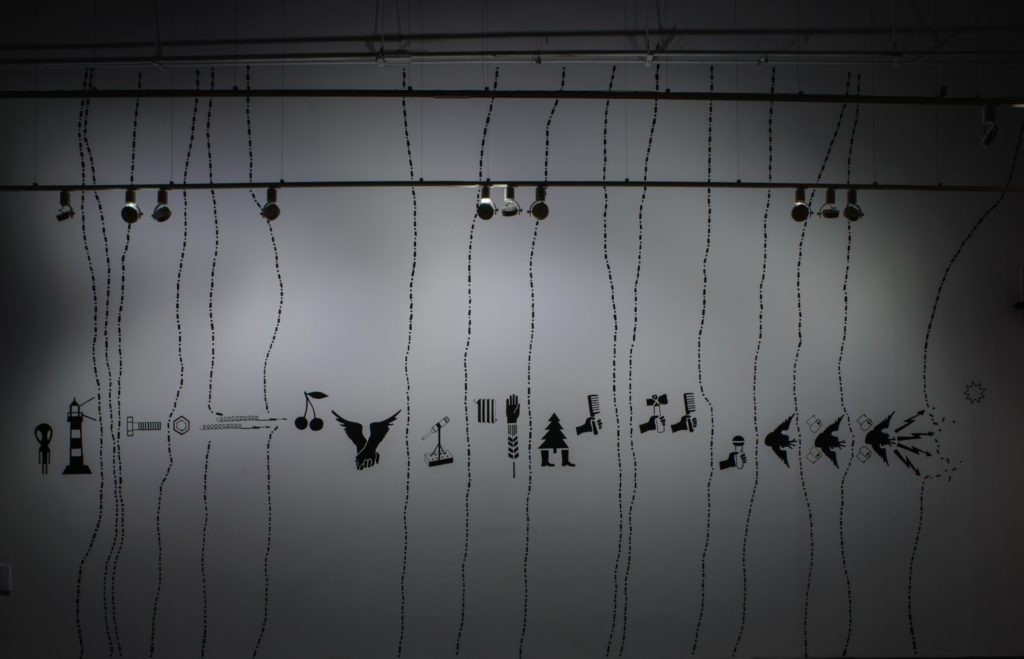 R.E.P. Group was established from among several artistic individualities as an effect of co-called Orange Revolution in 2004, whose protests acted as a catalyst for its members. Soon after they had started, they created their cycle titled Patriotism which has become a hallmark and a breakthrough work for them. Participating in political events, young artists saw how quickly the political reality, and with it also Ukrainian identity, changes from communist to post-communist one. They opposed simple replacement of one simplifying propaganda with another one, striving for a renewal of political language. Yet in order to create it, they referred to Constructivist legacy by creating an ironic „dictionary” of symbols and pictograms. Symbols, which were composed in the form of murals on gallery walls, usually mean something quite opposite to what our intuition tells us and are a commentary on too easy an acceptance of any political rhetoric. “Letter” refers to a situation from 2007, when invited to an exhibition in the UK, they were supposed to write a letter to the UK embassy where they were to explain why they wanted to go to the UK and prove their connection to the country. “Letter” is then an ironic declaration of love for the UK, which they never reached eventually, providing only a video footage of the “Letter” installation in Kyiv. Even though Ukrainians have already been able to travel to the EU without a visa for a few months (the UK is outside Schengen zone anyway), the work remains up to date, as Ukraine’s citizens still have to meet various conditions to get there. Black signs against a white background display bare relations of power and hierarchy in a very basic and unflinching way. Abstract visual language allows the crystallization of a new Ukrainian identity which wouldn’t be based on the old nationalism and conservatism. Referencing Constructivist avant-garde is not only formal, but also based on ideas: REP members work together and include other groups in their actions, creating an institution alternative to the state.