Born in 1971 in Floresti, Moldova, he lives and works in Chișinău, Moldova. In the years 1998–2003, he audited lectures and classes at the Painting Department of the Academy of Music, Theatre and Fine Arts in Chișinău. Popescu is active primarily in the field of performance art. In The Calvert Journal Amy Bryzgel recapitulates his work as follows: “Although Popescu is classically trained, he has forged his own path, developing a singular approach that has both local and universal relevance. At the heart of his practice is an interest in local national-cultural identity. … Many of Popescu’s performances involve walking, and in doing so he brings together people and territories. … The artist combines childlike exploration of materials, national cultural symbols and modern objects with a serious engagement with contemporary issues and his viewers. While he may not have a piece of paper stating that he is an artist, his work reveals a strong engagement with a range of postmodern art approaches, from Pop Art and conceptual art to performance and participation.” His work has been presented at Exhibition Centre Constantin Brancusi, Chișinău; Mars Gallery, Moscow; Le Générateur, Paris; Mezzanin Gallery, Vienna; Gallery of the Polish Institute, Düsseldorf; Salonul de Proiecte, Bucharest, amongst other venues. The artist has taken part in the last three editions of the Cronograf Documentary Film Festival in Chișinău. In 2014, he was a resident at the Rochester Institute of Technology within the CEC Artslink programme. 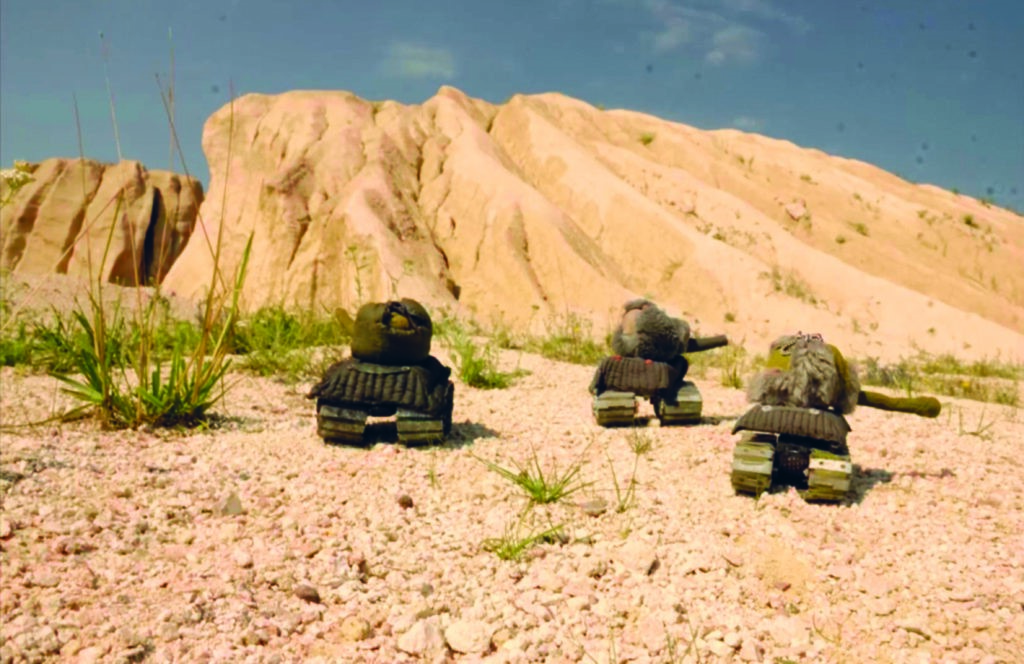 Ghenadie Popescu is an exceptional artist. He lives and works in Ethnographic Museum in Chisinau in Moldavia where he creates extremely idiosyncratic films in which he comments upon the condition of homo post-sovieticus. It seems that he has escaped the pathologies of the new post-communist capitalism and both his art and existence stand rather apart from what is official. His low-budget movies make use of amusing stop-motion animation and objects made of play dough, among other things, at the same time referring most frequently to the absurdities of the Eastern European reality. One of his film series concerns  Moldavian rivers. At the exhibition we will have an opportunity to watch one of them about the river of Camenca, where three toy tanks named Ca-men-ca move along the bank of the river (which is a tributary of Prut river, flowing to the border between today’s Moldavia, previously part of the Soviet Union and Romania) communicating with each other by means of absurd “letters written from the frontline”. The name of Camenca is Slavic as it comes from the Russian language. These play dough “green figures” evoke associations with Russian soldiers stationed at the Ukrainian border and with what happened after Crimea had been annexed. Do Moldavian have any reasons to fear Russia? 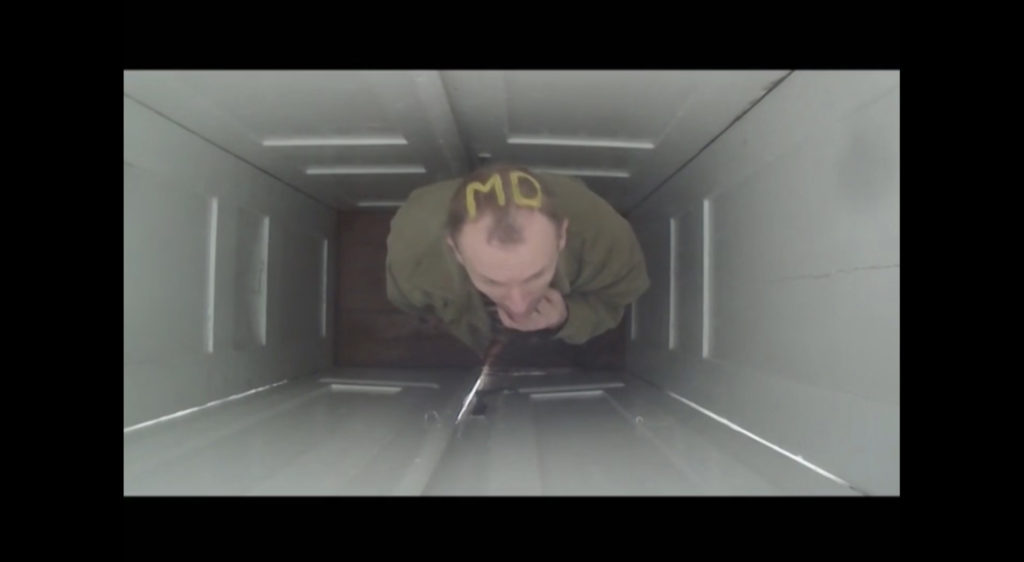 Another film by Popescu titled “In Between” presents an artist imprisoned in a ridiculous hall situated between four doors through which someone constantly exits. This “Kafkaesquee” situation shows our hero trapped in this eternal “in between”, without chances to escape.